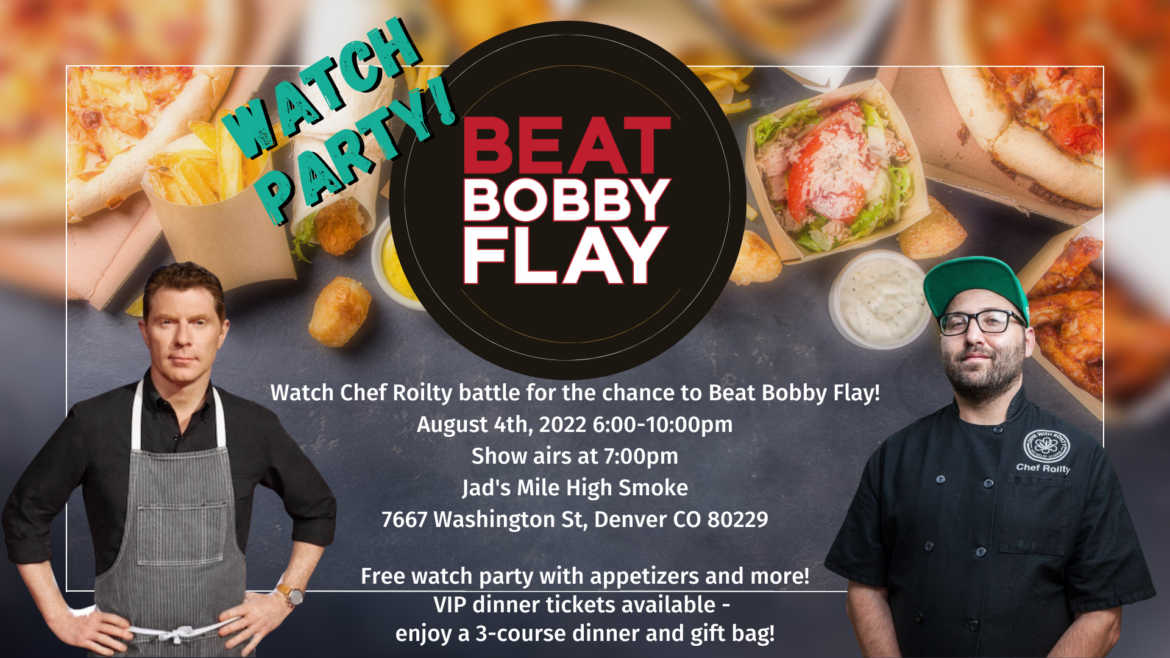 Join the party at Jad’s Mile High Smoke from 6-10pm. Chef Roilty’s Episode will be live on the food network and on all of Jad’s TVs beginning at 7pm MST.

Complimentary hors d’oeuvres provided by Chef Roilty and team will be passed before and after the show for everyone that comes out to support.

Jad’s is a real cannabis bar. You can purchase cannabis products (flower, hash, pens, edibles) and consume them right at the bar! Indoors and outdoors. Jad’s is cash only and they have an atm on site. 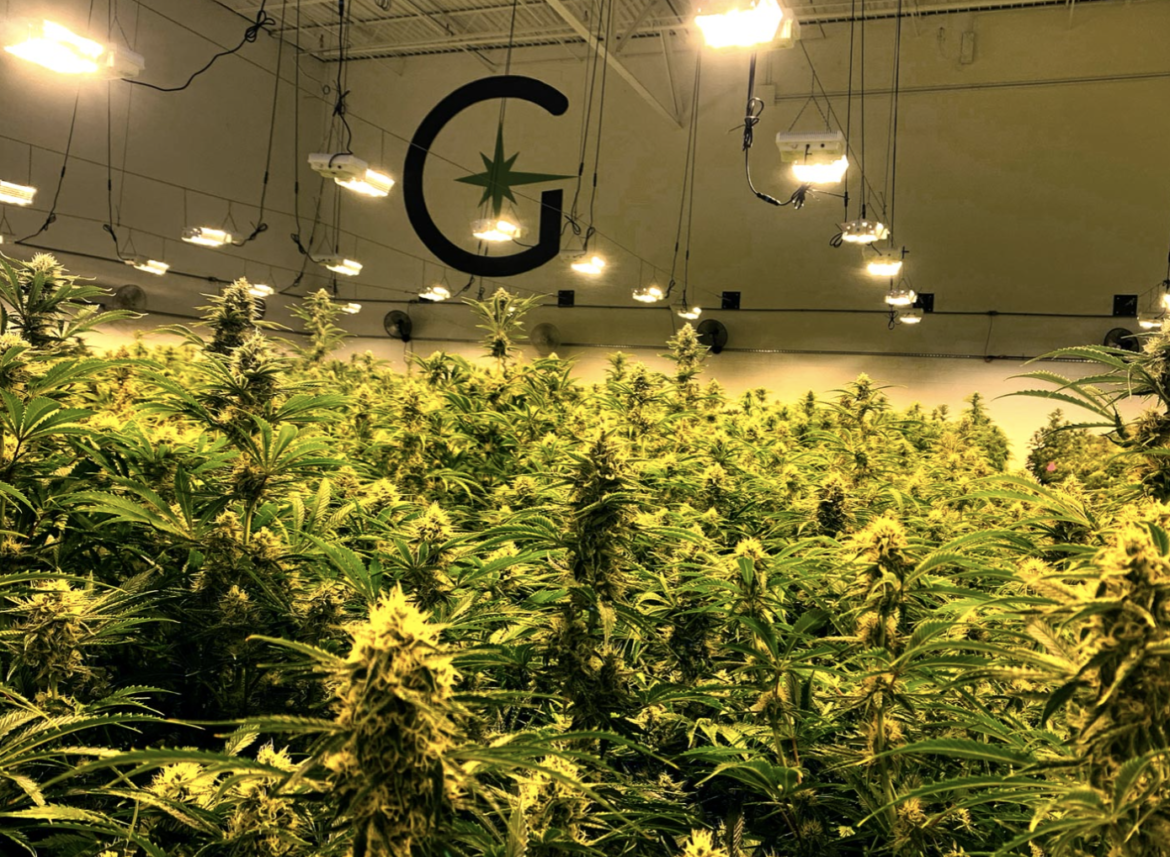 Greenlight has opened the doors of its Greenlight Dispensary at Stateline and 135th in Kansas City, Missouri, marking the Company’s 20th dispensary nationally.

Greenlight is a leading, vertically-integrated, multi-state operator with 33 cannabis dispensary licenses, more than 350 exceptional team members, and over 150,000 square feet of cultivation and manufacturing.

“For the past 18 months, we’ve been aggressively acquiring licenses and opening dispensaries in Missouri, Arkansas, West Virginia, South Dakota and Illinois. We have been focused on growth by winning in limited license markets and strategic acquisitions,” said John Mueller, CEO, Greenlight. “With 20 dispensaries open and another 13 locations under construction or development, the award winning Greenlight footprint will touch a vast consumer market that is on the verge of converting to Adult Use markets.”

“After successfully divesting of two large cannabis operations out west, our decision to operate in the middle of the country was to strategically build a consumer focused brand and footprint to serve limited-licensed states,” continued Mr. Mueller. “The experience of being an early mover in cannabis out west has allowed us to move faster and more profitability than many of our peers in building Greenlight in new markets.”

Greenlight (www.greenlightdispensary.com) is one of the leading cannabis brands in the United States, with operations in Missouri, Arkansas, West Virginia, Illinois and South Dakota. With over 30 cannabis dispensary licenses and more than 150,000 square feet of cultivation and manufacturing, Greenlight is a vertically integrated operator with strong brands, strains and marketing. Our mission is to provide “Cannabis with Culture” in an inviting atmosphere while welcoming our consumers as part of the Greenlight family. This announcement follows AWH’s recent approval by the New Jersey Cannabis Regulatory Commission as one of seven Class 5 Retailer Licenses now permitted to sell recreational cannabis to consumers in New Jersey. To ensure adequate access for both medical and recreational visitors, consumers over 21 can now access a separate adult-use menu featuring a wide selection of products, including flower, edibles, vapes and more. 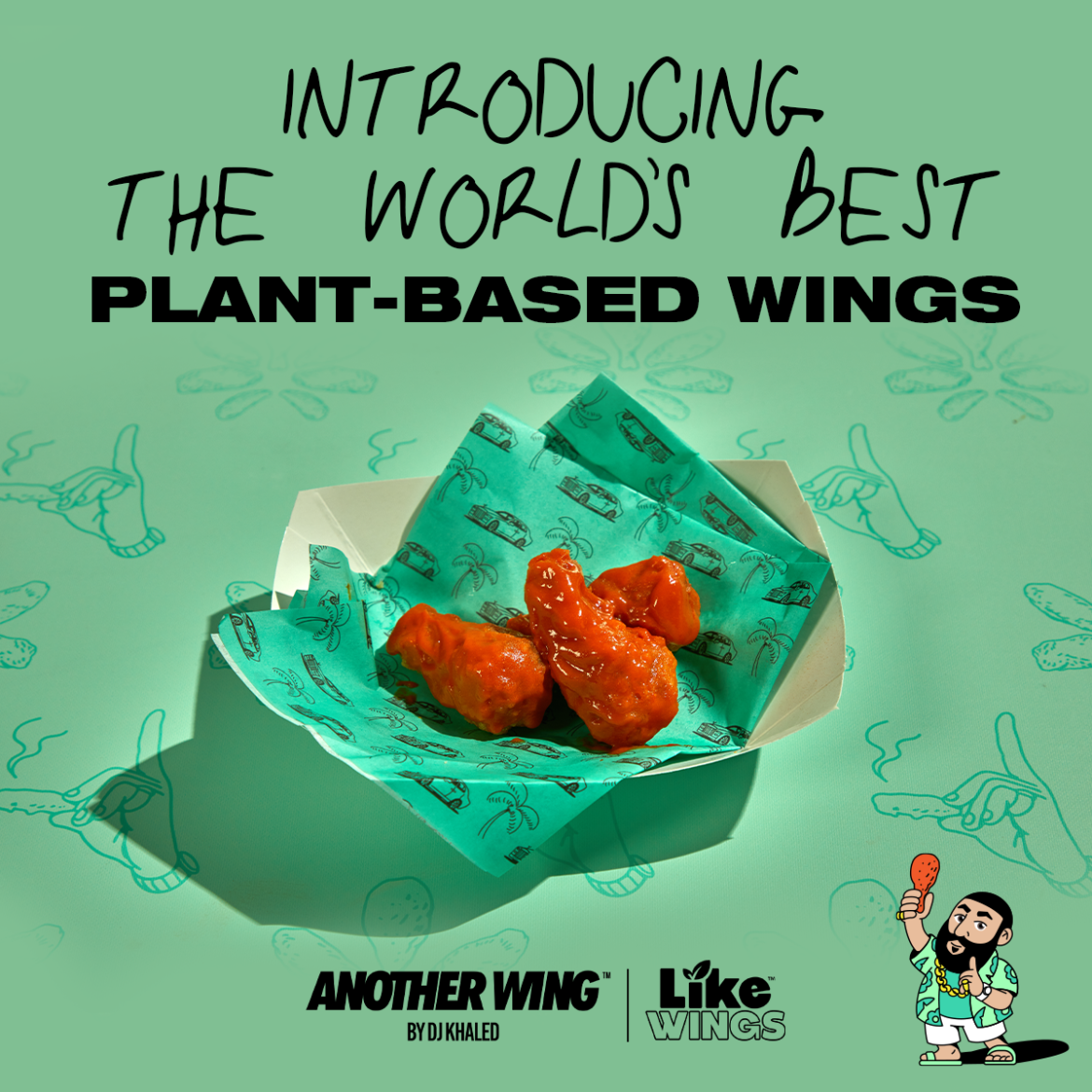 DJ Khaled’s Another Wing Drops Plant-based LikeWings with Miami Wing Dispensary on 4.20 in Partnership with LikeMeat and REEF Kitchens

DJ Khaled’s Another Wing unveils LikeWings, new plant-based additions to its U.S. menu in partnership with LikeMeat, a LIVEKINDLY Collective brand. This unique collaboration marks LikeMeat’s first ghost kitchen partnership, and LikeWings are available for order starting today through the Another Wing storefront on UberEats, DoorDash, GrubHub and Postmates in the U.S.

LikeMeat’s juicy and delicious plant-based LikeWings come smothered in Another Wing’s signature flavors including: You Loyal! Lemon Pepper, Honey! Honey! Hot Honey Sriracha and They Don’t Want You To Win TRUFFALO. To celebrate the launch, Another Wing will co-host a pop-up wing dispensary, aptly named Another Wing Dispensary, in partnership with the Flowery in Miami’s Wynwood neighborhood on April 20between 3 p.m. and 9:00 p.m. More information about the pop up will be shared by @another.wing on Instagram.

“We’re flying high with this new partnership and are beyond excited for Another Wings’ fans to try these awesome LikeWings the next time the munchies strike,” says Michelle Collette, Head of Foodservice for LikeMeat. “This is LikeMeat’s first flight into the ghost kitchen world, and we’re in it to wing it.”

Described as “the world’s most ambitious restaurant launch,” Another Wing debuted in November 2021 across over 150 locations and three continents at the same time on the REEF Kitchens platform. The concept has since expanded to Asia and been featured on The Tonight Show and Saturday Night Live, among others.

REEF transforms urban spaces into community hubs that create jobs and bring new goods, services and experiences to the neighborhood. With an ecosystem of 5,000 locations and a team that’s over 15,000 strong, REEF is the largest operator of parking real estate and delivery restaurants in North America. By connecting the world to your block, we’re making the place you live, the place you love to be.

For over two decades, the very mention of DJ Khaled has implied an elevated level of musical greatness, entrepreneurial excellence, and cultural impact. You’ve heard him across a GRAMMY® Award-winning multiplatinum catalog, seen him in blockbusters such as Bad Boys For Life, caught him on the cover of Rolling Stone, watched him on numerous television programs, and felt his presence from the streets all the way up to the Barack Obama White House. He has achieved dozens of multiplatinum and gold certifications, including the sextuple-platinum Billboard Hot 100 #1 “I’m The One” [feat. Justin Bieber, Quavo, Chance the Rapper, & Lil Wayne], quadruple-platinum “Wild Thoughts” [feat. Rihanna & Bryson Tiller], and double-platinum “No Brainer” [feat. Justin Bieber, Chance the Rapper, & Quavo]. The latter propelled his 2019 album, Father of Asahd [We The Best Music Group/Epic Records], to the top of the charts. Not only did it garner a platinum certification, but it also became his third consecutive Top 2 debut on the Billboard Top 200 and emerged as the “#1 Most-Streamed Record” upon release. To date, he has moved 20 million singles and 6 million albums in addition to gathering 4 billion-plus streams.

Not to mention, he launched We The Best Music Group—a record label, management, publishing, and production company and in-demand studio. As a committed philanthropist, he founded his 501(c)3 organization The We The Best Foundation. It uplifts individuals throughout underserved communities across the United States and supports various non-profits. He has supported the fight against COVID-19., U2 frontman Bono recruited him as the first social media ambassador for Project Red, and he serves as the national spokesperson for Get Schooled. Now, the power of this legacy defines his thirteenth full-length album—which bears his birth name—Khaled Khaled [We The Best Music Group/Epic Records], which debuted at #1 on Billboard’s Top 200 albums chart.

About LIVEKINDLY Collective and LikeMeat

LIVEKINDLY Collective was founded by Blue Horizon Group on the belief that plant-based alternatives have the power to make the global food system sustainable. Its mission is to make plant-based living the new norm. As a collective of founders, entrepreneurs and business leaders from across the globe, LIVEKINDLY Collective is uniquely positioned to create impact with speed, at scale. Through its portfolio of brands, Oumph!, The Fry Family Food Co., LikeMeat, No Meat, and The Dutch Weed Burger LIVEKINDLY Collective is providing consumers around the world with healthy, sustainable, delicious food options. Furthermore, the company is the voice of the plant-based movement, communicating informative, entertaining and inspiring content through its media and lifestyle platform, LIVEKINDLY and @livekindlyco on Instagram. LIVEKINDLY Collective has 500 employees and sells in more than 40 countries around the world. To learn more, visit www.thelivekindlyco.com and LikeMeat on Instagram @likemeat.us. 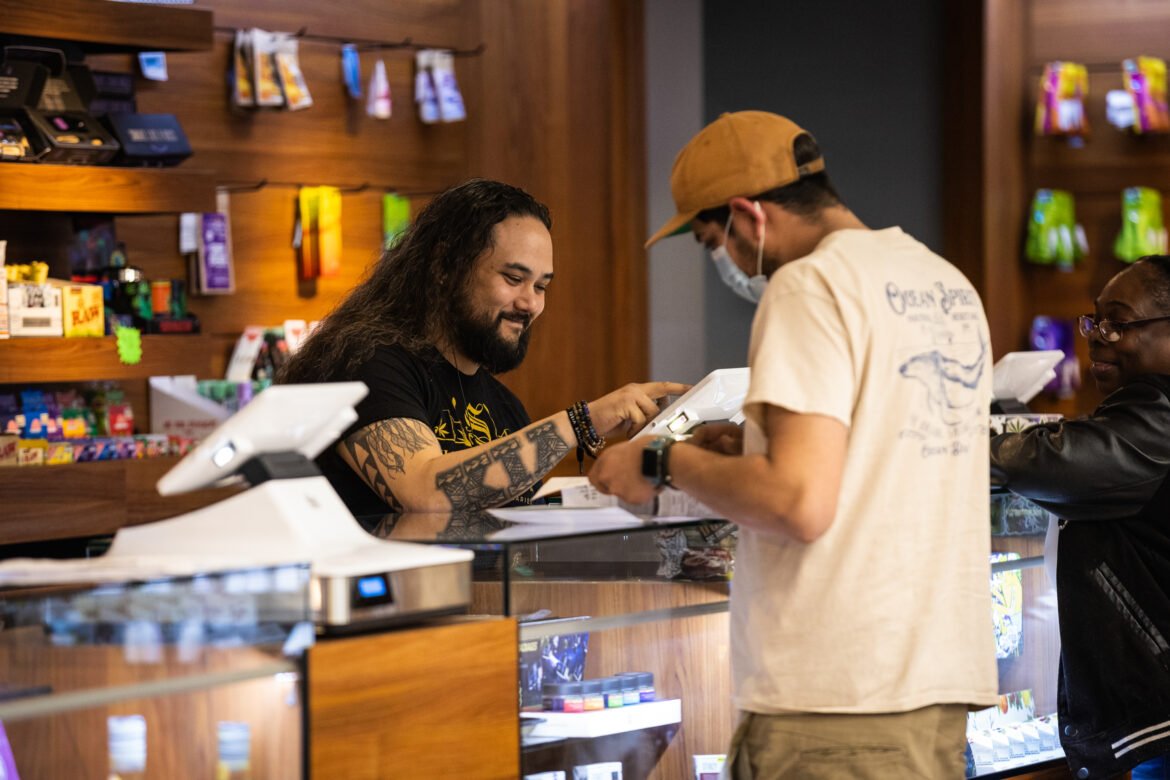 Popular Cannabis Dispensary, The Sanctuary, To Raffle 2 Pounds of Marijuana Alongside Blowout Deals on 4/20

Customers to Enjoy 15% Off At Both Locations, $15 Eighths of Cannabis, Food Trucks and More

Renowned dispensary, The Sanctuary, will commemorate the “unofficial” cannabis culture holiday, 4/20, with blowout deals including a 15% off storewide sale from 2 to 5 p.m., and $15 eighths, and buy-one-get-one specials, available at both their downtown and North Las Vegas locations on Wednesday, April. 20.

The Sanctuary is giving away a total of 2 lbs of cannabis throughout the 4/20 holiday, broken down into 32 ounces and raffled off at random to 16 lucky shoppers at each location, who can each redeem their prize for just a penny. Guests will receive a complimentary raffle ticket with a minimum purchase of $100.

Vegas Cannabis Magazine will be hosting the 4/20 festivities, which is the cannabis industry’s equivalent of Black Friday, at the downtown location. Both parties will feature food trucks and a DJ.

The Sanctuary is a boutique-style high-quality medical and recreational cannabis dispensary with two convenient north and downtown Las Vegas locations. Co-founded by award-winning emergency and family medicine doctor of over 29 years, Pejman Bady DO, The Sanctuary provides an alternative approach to healing and offers a wide variety of high-quality, affordable medicinal and recreational cannabis products – vapes, flower, CBD, tinctures, and more. The popular dispensary places a huge emphasis on educating its patients about medical marijuana and its benefits and in turn provides ongoing monthly webinars hosted by Dr. Bady diving into a new medicinal cannabis topic each month. Sanctuary’s downtown location is located at 1324 3rd St. Las Vegas, Nev. 89104, and is open from 9 a.m. until 10 p.m. on Sunday through Thursday and 9 a.m. until 12 a.m. on Friday and Saturday. The North Las Vegas location is located at 2113 Las Vegas Blvd N. North Las Vegas, Nev 89030, and is conveniently open 24/7. 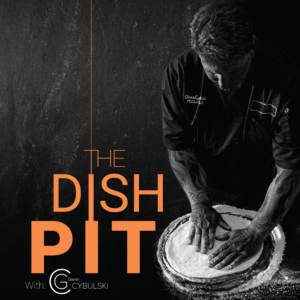